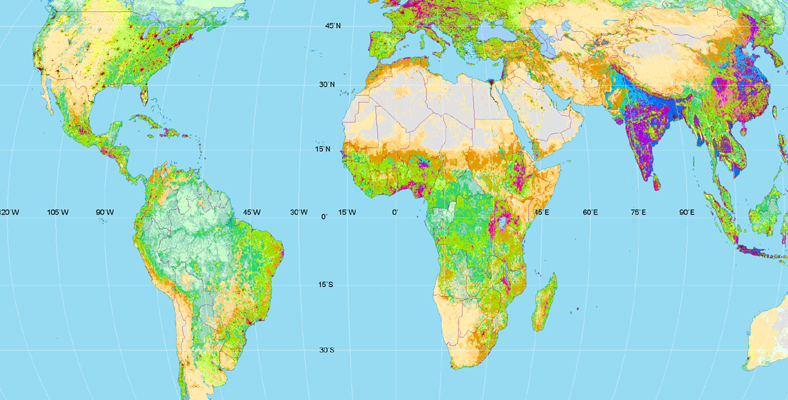 Anthromes version 1 introduced the Anthromes concept as part of the first global classification of the ecological patterns created by humans.

The biosphere has long been described using global ecosystem units called biomes, which are vegetation types like tropical rainforests and grasslands that are identified in relation to global patterns of climate.  Now that humans have fundamentally altered global patterns of ecosystem form, process, and biodiversity, it is time to remap the terrestrial biosphere to include ecological patterns produced by humans. 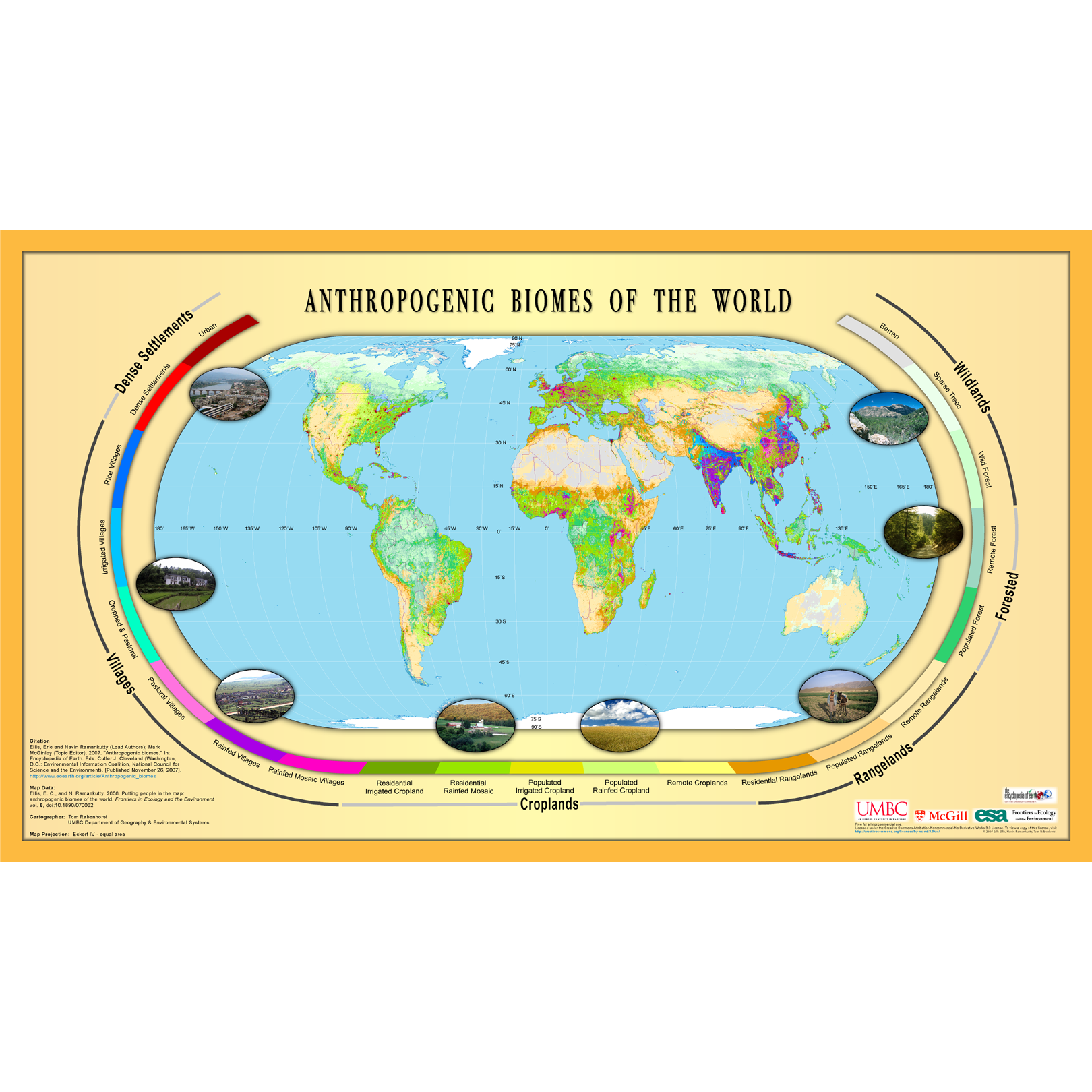