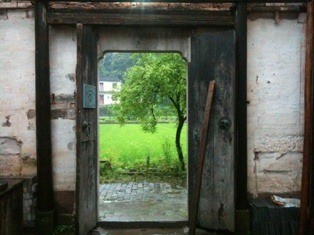 If media attention is any measure of popular thinking- then we have indeed finally arrived in the Anthropocene. Thanks to the leadership (and hard work) of Jan Zalasiewicz, who initiated and convened the Anthropocene Working Group of the International in London two weeks ago, there has been a true media feeding frenzy on the Anthropocene (see recent media roundup below). As Will Steffen has noted- we have now gone beyond the first stages of the Anthropocene, in which we’ve changed the Earth system without intending to, and have arrived at a new and critical stage: recognizing that we are now in the drivers seat and starting to manage this planet for the long term. With good luck, we may yet get to the next stage – where we gain the wisdom and capabilities needed to govern the Earth system sustainably for millennia or longer- thereby establishing the Anthropocene as a true geological epoch rather than a mere geological event.
There can be no doubt now that the doors of perception have opened on a new age of this planet’s evolution. The time has come for a vast human rethinking of our situation and our plans for the future. There is so much to say, so much to know, so much to think about.
For now I’ll just meditate on these two poems while I sit here in this ancient village in Anhui, China (I’m here for field research)- where generations have lived and worked, in the process creating and sustaining a human ecology that is at the same time beautiful, biodiverse and functional.

The girls go drawing the water from the brook,
The men go gathering firewood on the hill…
Alive, they are the people of Che’en Village;
Dead, they become the dust of Che’en Village
Po Chü-I, Ninth Century A.D. Recent Media on the Anthropocene based on London meeting:

Reuters: Enviro-word of the moment

NY Times: The Age of Anthropocene: Should We Worry?